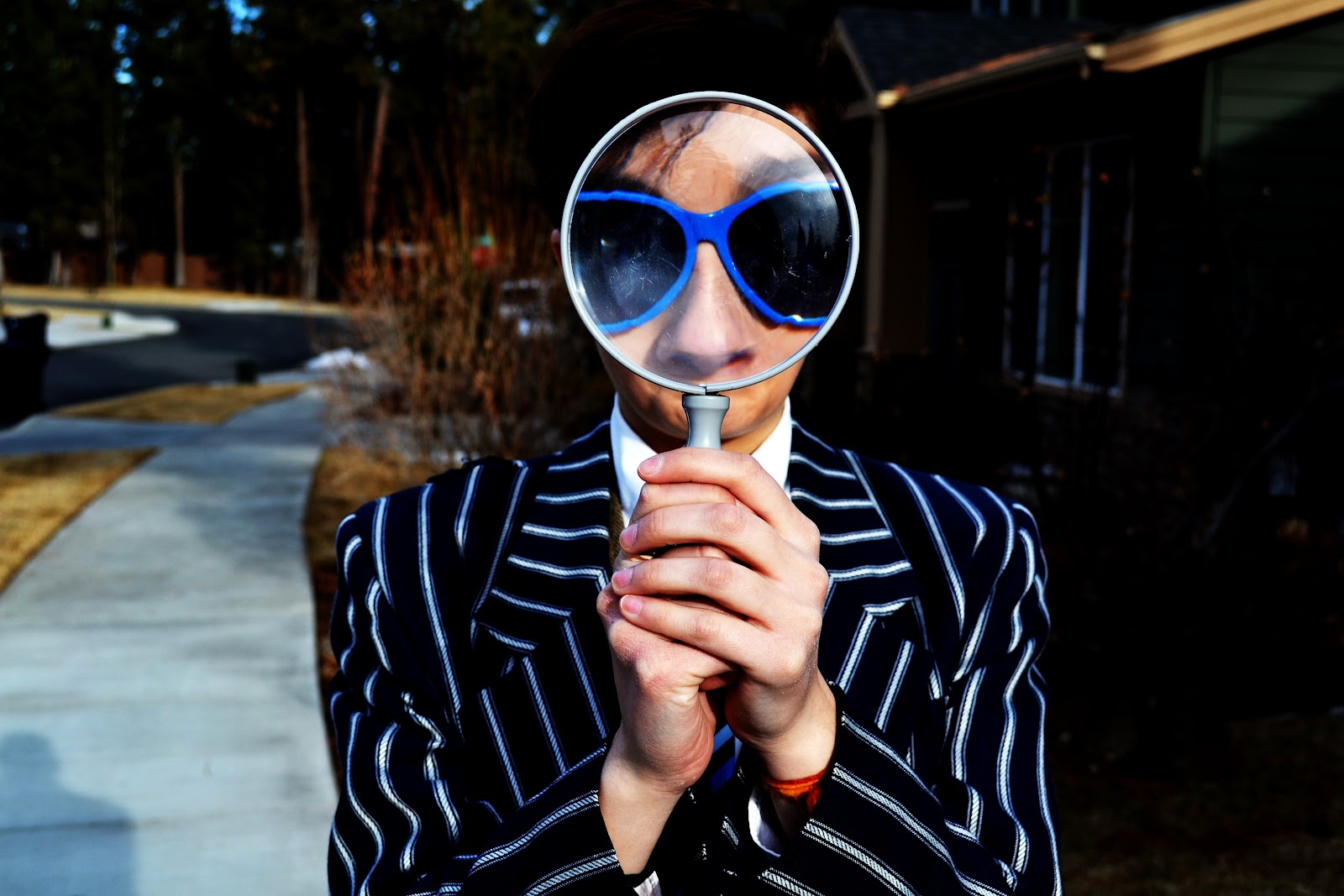 Definition: The value of a data point along the x-axis of a graph.

Why it matters: Examining the level of a data point is a skill in visual analysis that allows the behavior analyst to determine how much or little a behavior has changed. 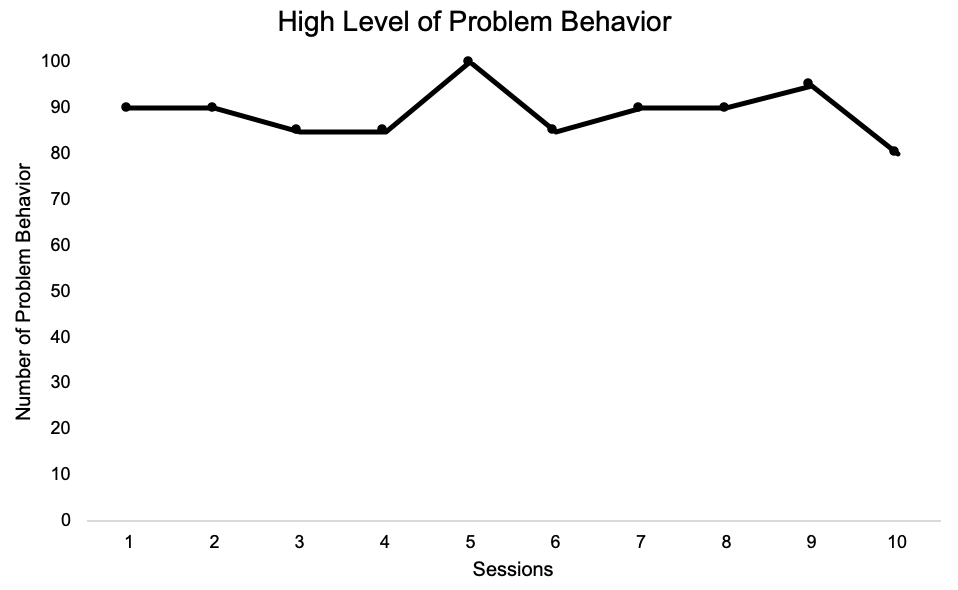 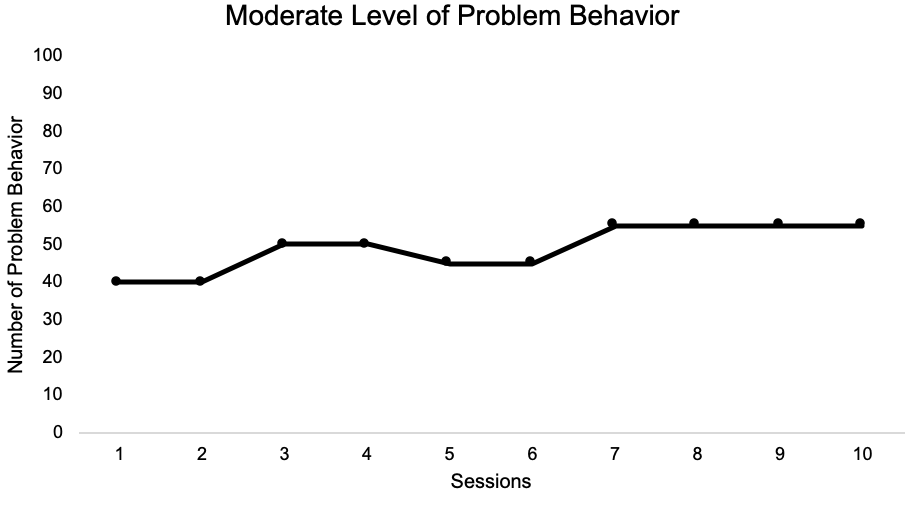 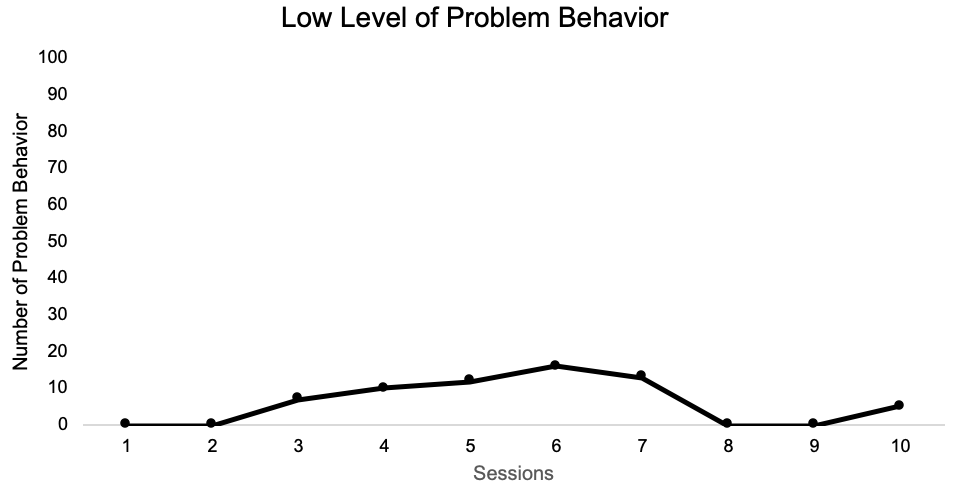 Definition: The extent to which the data move around on the graph.

Example in clinical context: A behavior analyst is conducting visual analysis of a client’s target behavior of dropping to the floor. The data path is scattered all around the graph. This shows a high degree of variability in the client’s dropping behavior. 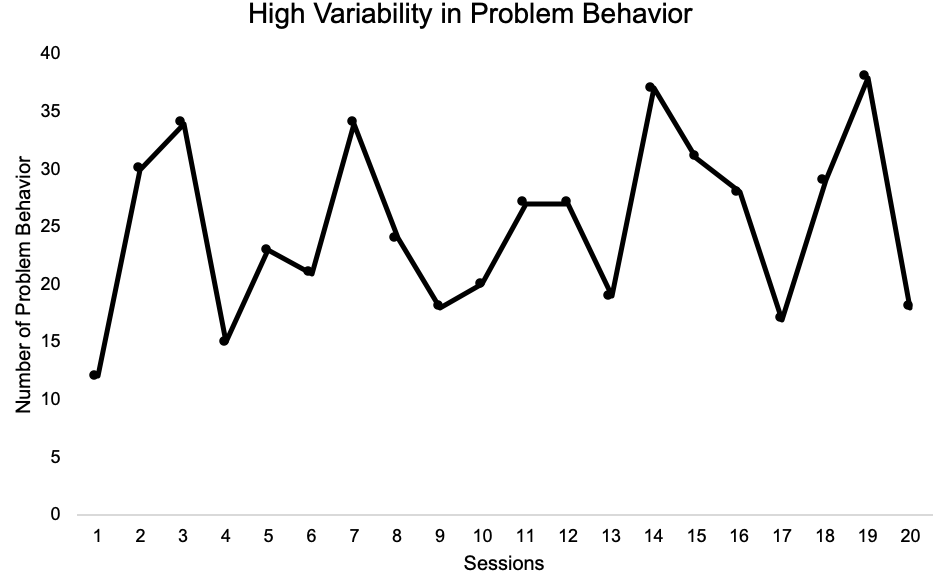 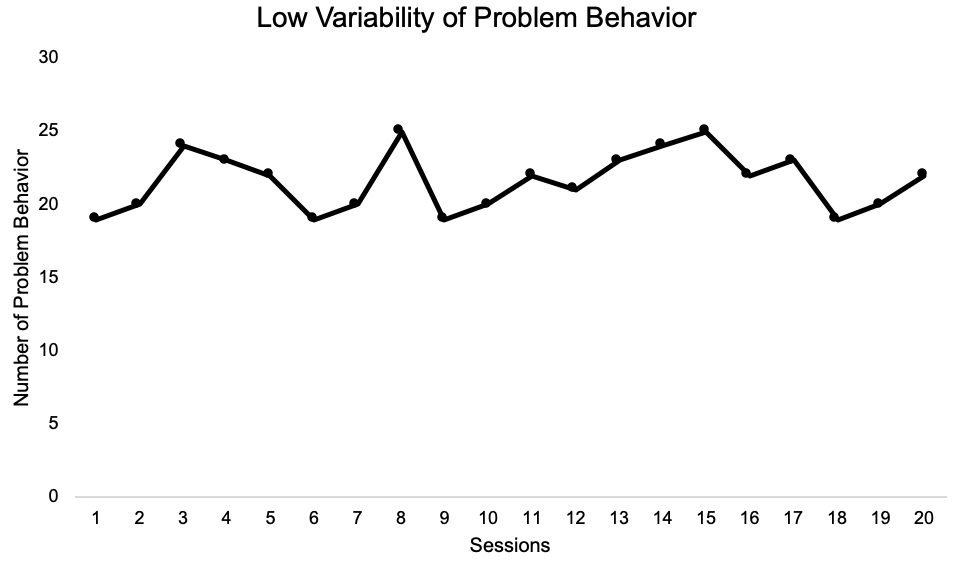 Definition: The overall direction of the data path.

Example in clinical context: A behavior analyst is conducting visual analysis on a client’s hitting behavior. They observe that the data path is increasing in trend.

Why it matters: Examining trend provides us with information about the “bigger picture” of where a behavior is heading based on past responding. It is helpful as part of intervention planning and evaluation. 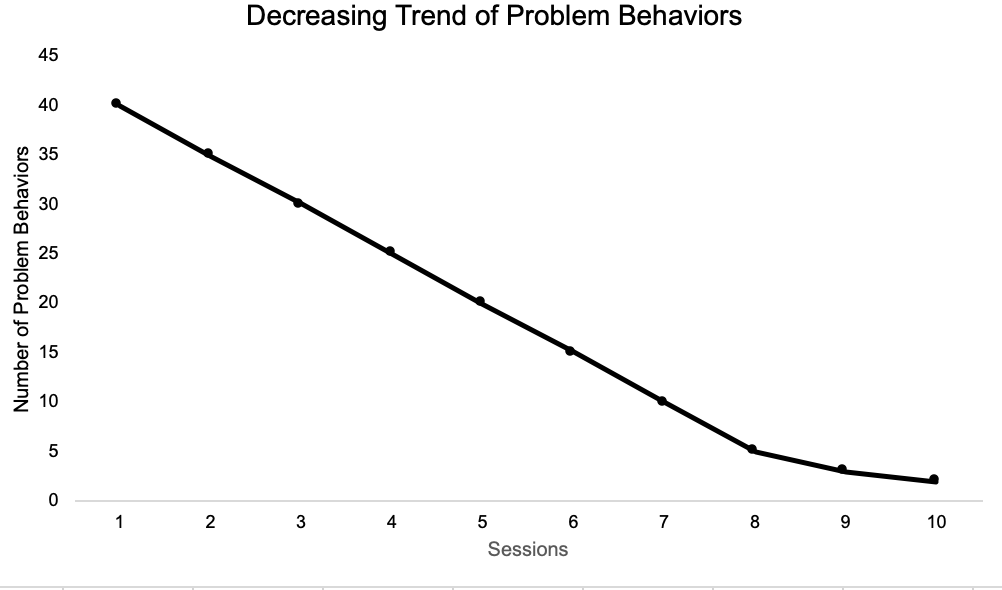 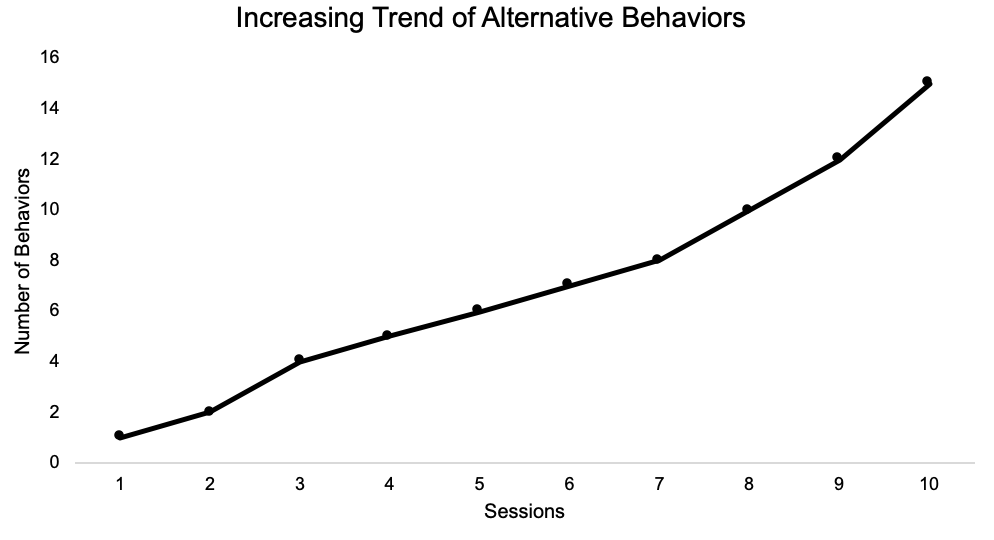 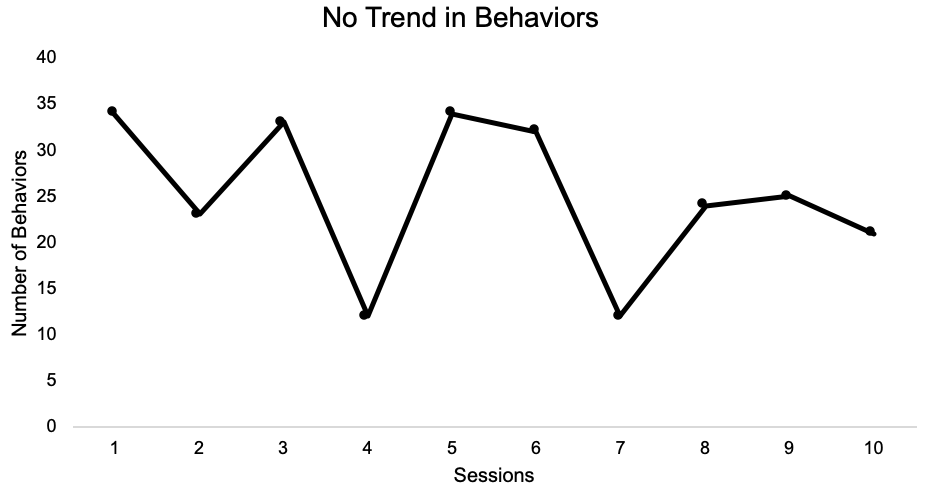