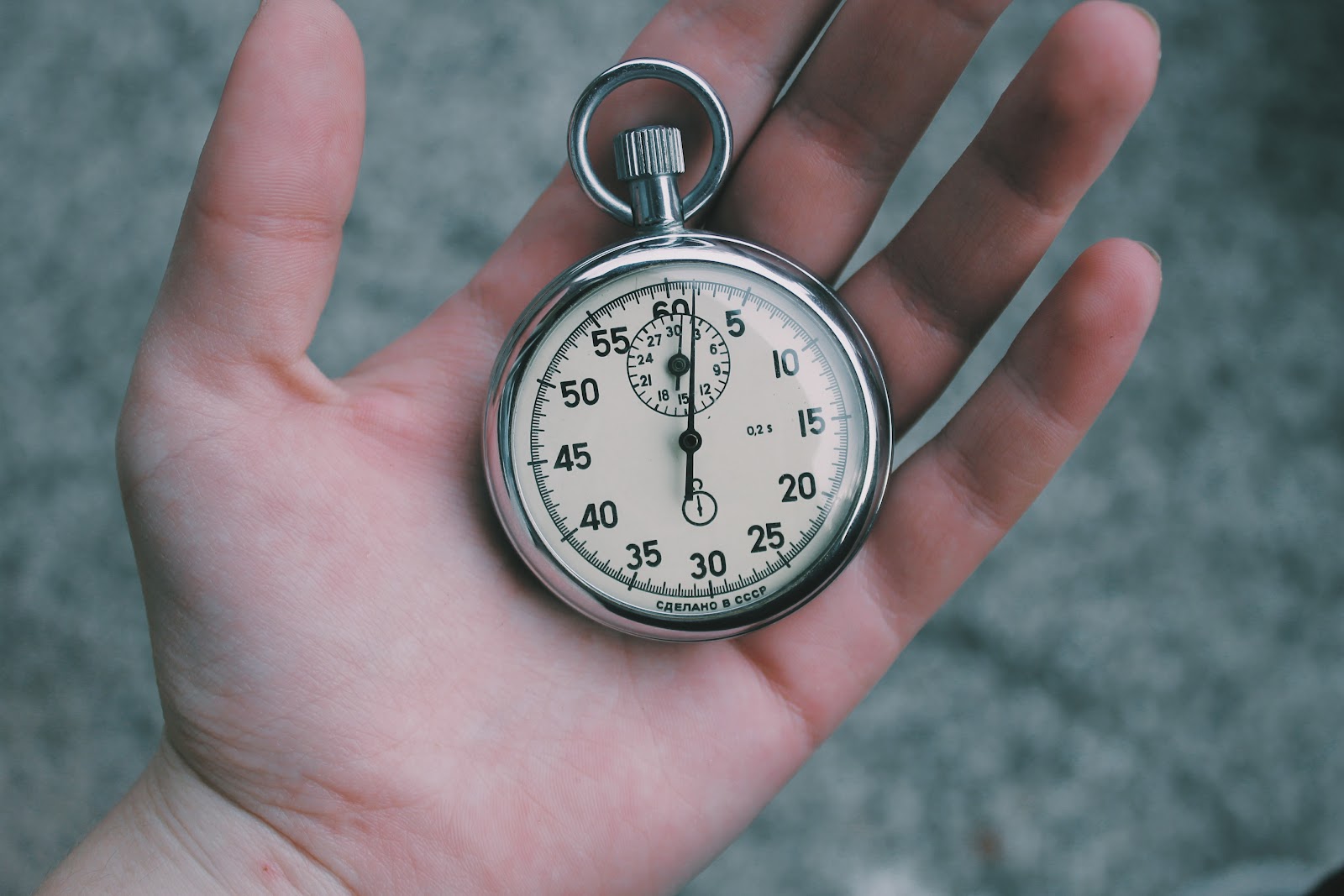 Definition: The amount of time during which a behavior happens; long long the behavior takes.

Example in an everyday context: You read every night for 45 minutes before you go to bed.

Example in clinical context: A student engages in tantrum behavior for eight minutes during music class.

Example in supervision/consultation context: A supervisor assigns a practice quiz to their supervisee. The supervisee takes 18 minutes to fill out all their responses.

Why it matters: How long a behavior lasts matters a lot in determining whether it is harmful or beneficial. For example, taking a 20 minute nap in the afternoon is different from sleeping 6 hours during the day. Crying for a few minutes once on a while is different from crying in every class or meeting. Exercising for two minutes twice a week is unlikely to have a major impact on health or fitness, but exercising two hours per day might lead to an increased susceptibility to injury.

Definition: The time between an opportunity to emit a behavior and when the behavior is initiated.

Example in everyday context: Your phone beeps because you received a text message. You reach over to check your phone 30 seconds later.

Example in supervision/consultation context: A supervisor asks their supervisee, “What is the definition of latency?” The supervisee begins to recite the definition 2 seconds after being asked.

Why it matters: Decreasing latency can generally increase a person’s ability to both contact reinforcement more quickly and develop more adaptive social repertoires. For example, taking two hours to do something your boss asked you to do will probably be problematic, and taking 5 minutes to respond to a social greeting will likely not make you many new friends!

Definition: The amount of time that elapses between two consecutive instances of a behavior. IRT is measured from the end of the first response to the beginning of the second response (and so forth if there are more than two responses).

Example in everyday context: You are texting a friend a lengthy amount of information regarding a mutual acquaintance. Because you do not want to write out one long message before sending, you instead write out a few sentences at a time and send them as they are written. The time in between hitting “send” and initiating the next test message is the interresponse time.

Example in clinical context: A patient is engaging in vocal outbursts which the behavior analyst is tracking. They record the time that elapses between the end of each vocal outburst and the beginning of the following one.

Example in supervision/consultation context: A supervisor is working with a trainee on entering behavioral data into a spreadsheet. The amount of time between the end of entering on data point and the beginning of the behavior of entering the next data point is the IRT.

Why it matters: Interresponse time is a frequent measurement used to examine the effects of schedules of reinforcement guided by rate of response.