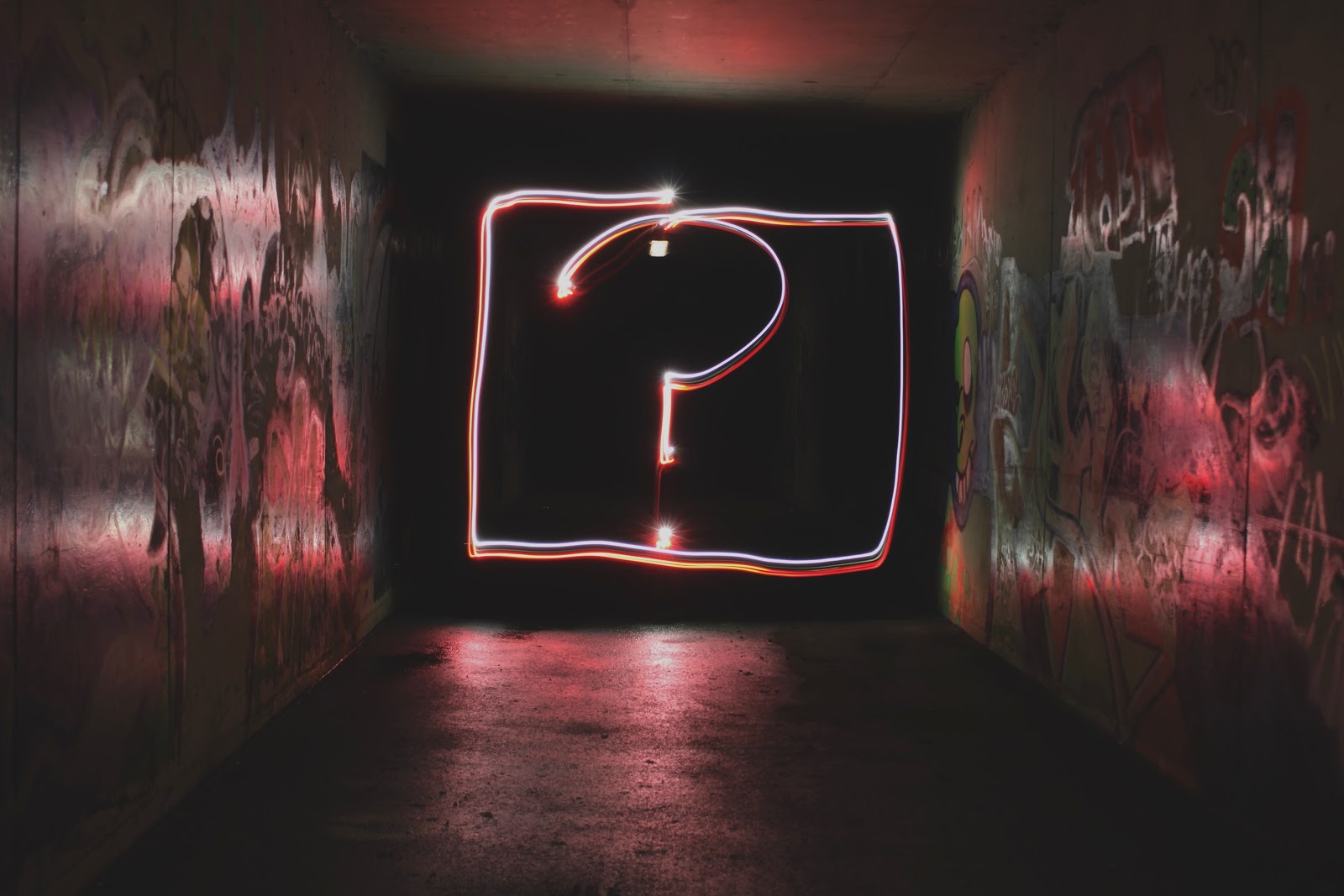 Why it matters: Reversal designs are a powerful single-subject design for demonstrating a functional relation between an independent and dependent variable. Reversal designs involve prediction, verification and replication. There are several variations of reversal designs depending on the severity of the target behavior or type of reinforcement schedule used. One major limitation of A-B-A-B designs is that they are not suitable for a target behavior that cannot be “unlearned;” for example, teaching someone to read and then withdrawing the intervention would not result in a loss of existing reading ability. 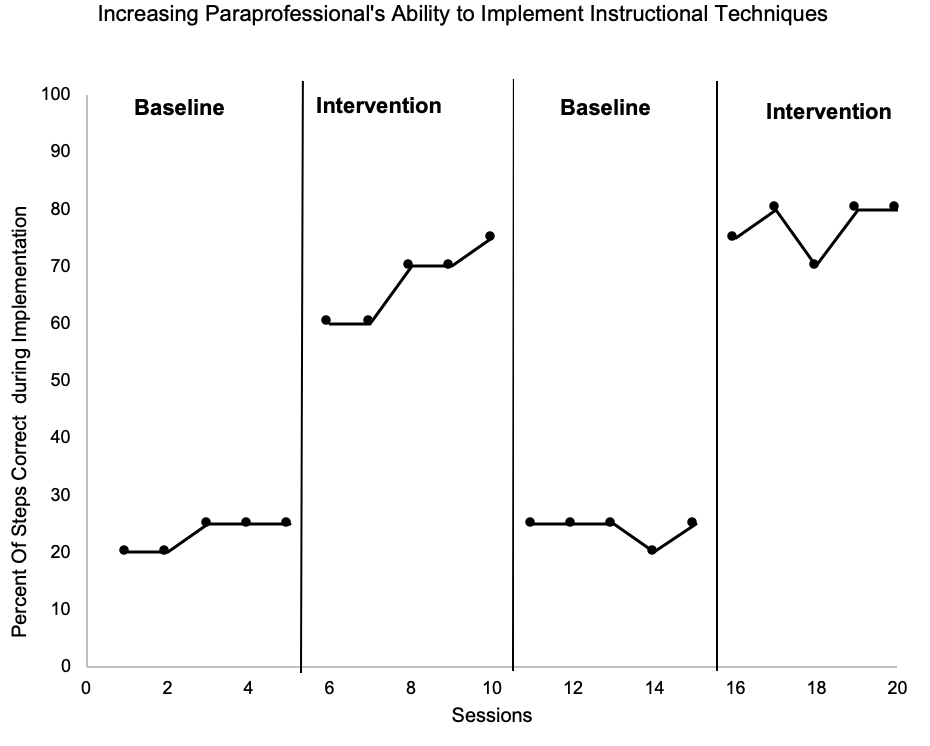 Definition: An experimental design where implementation of the intervention is staggered in a stepwise fashion across behaviors, settings, and subjects. 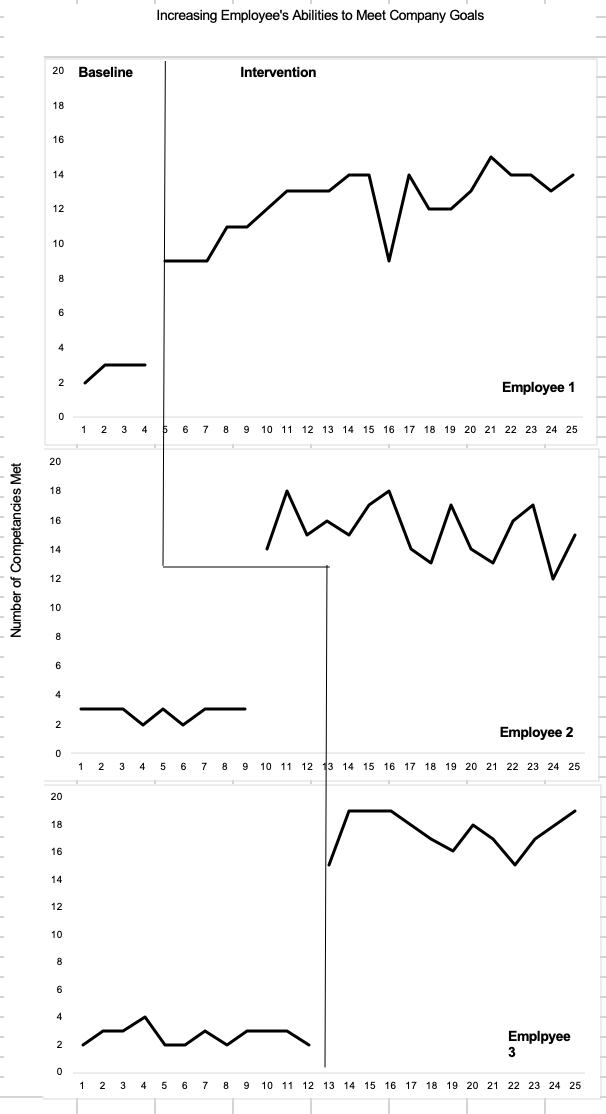 Definition: An experimental design where two or more conditions are presented in rapidly alternating succession independent of the level of responding and the effects on the target behavior.

Example in supervision/consultation context: A supervisor is comparing two types of supervision modalities to determine which one is more effective in teaching ABA concepts. The supervisor conducts a multielement/alternating treatments design with their supervisee on supervision types 1 and 2. The first, Type 1, was correlated with a significant amount of change in the supervisee’s knowledge, whereas Type 2 did not demonstrate any change. The supervisor concludes Type 1 is likely to be a more effective means of teaching novel concepts for this supervisee.

Why it matters: Multielement/Alternating treatments designs are used to evaluate which independent variable would be best to utilize with a client. They do not require withdrawal of the intervention and can be used to quickly make comparisons between treatment conditions. Multielement/Alternating treatment designs involve prediction, verification and replication. There are several variations of the multielement/alternative treatment designs including with or without baseline. 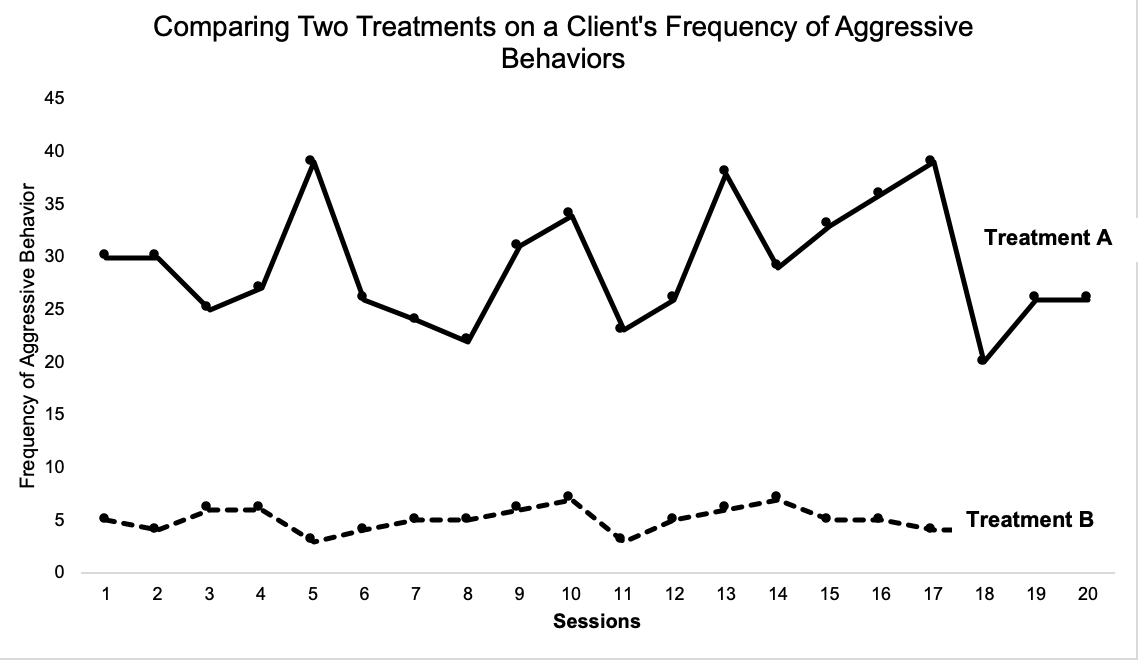 Definition: An experimental design where the initial baseline phases are followed by a series of treatment phases consisting of successive and gradual changing criteria for reinforcement or punishment.

Example in clinical context: A behavior analyst wants to assess how a client’s behavior changes when they provide reinforcement for every five responses per minute, then ten responses per minute and so on. The criterion increases as the client demonstrates stable states of responding.

Example in supervision/consultation context: A behavior analyst is consulting with a client who wants to decrease the number of cigarettes they smoke per day with the goal of quitting. The client currently smokes 16 cigarettes per day. The first criterion the behavior analyst sets before the client can earn reinforcement is 13 cigarettes per day, to 10, seven, five and one. The criteria decrease as the client demonstrates stable states of responding.

Why it matters: Changing criterion designs can only be used when the behavior is already in the learner’s repertoire. They do not require reversal or withdrawal of treatment. Changing criterion designs do not allow for comparison. They also involve prediction, verification and replication. Experimental control is demonstrated by the extent to which the level of responding changes in response to each new criterion. 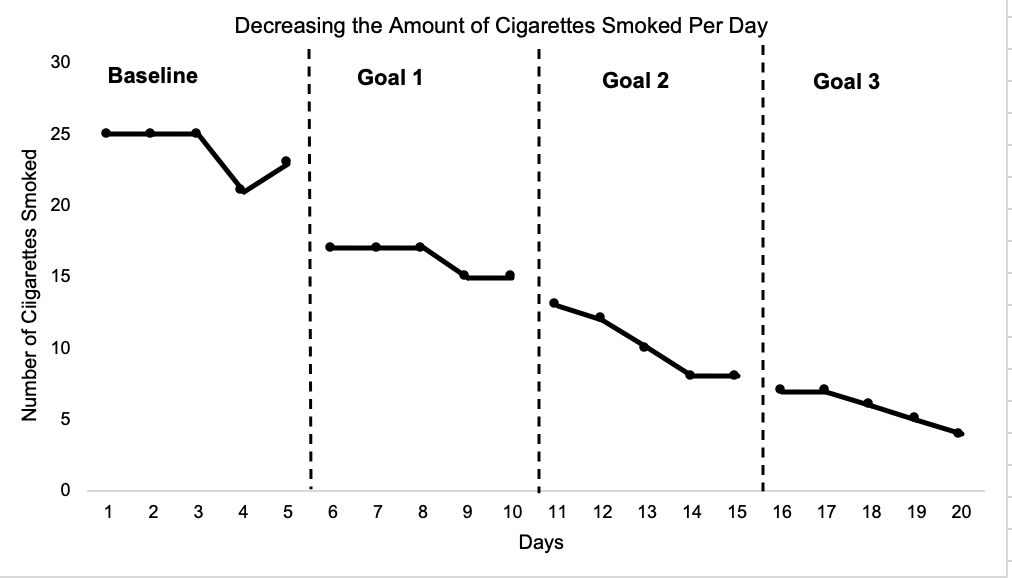